To further our blog post from last week on the “Lost Loyalists” of York County, New Brunswick, we wanted to walk you through the research process and variety of sources used for this biographical project. Most sources were accessible from within the Harriet Irving Library in either microfilm, print or electronic form. The basic research guide we followed gave the student assistants working on the project a starting point, which lead them to invaluable research experience. 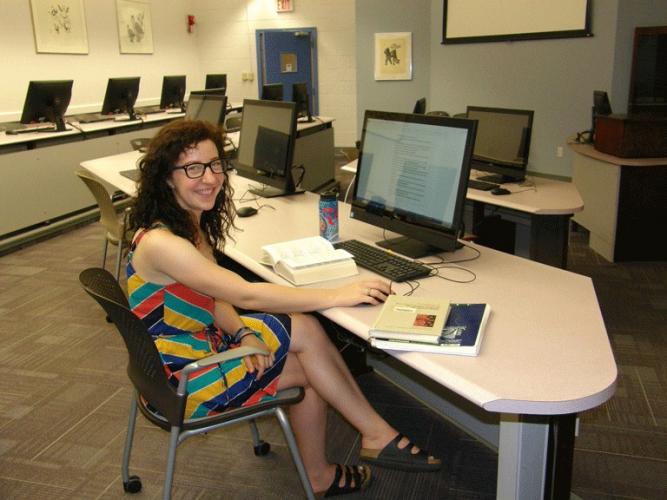 Firstly, we decided to include the area within the modern boundaries of York County which encompassed the parishes of Kingsclear, Fredericton, Prince William, St. Mary’s, Douglas, Queensbury, and Southampton. The original York County was much larger than the present version, comprising even the District of Madawaska at the New Brunswick-Quebec border.

The starting point of the project began with the index of loyalists in the appendix of Esther Clark Wright’s seminal work, Loyalists of New Brunswick. A comprehensive list of those considered loyalists who would have lived or sojourned in York County was then compiled. This list was further investigated for persons whose names generated research “leads”. An attempt was made to choose individuals from a variety of backgrounds, while also allowing each researcher to choose individuals who caught their interest. 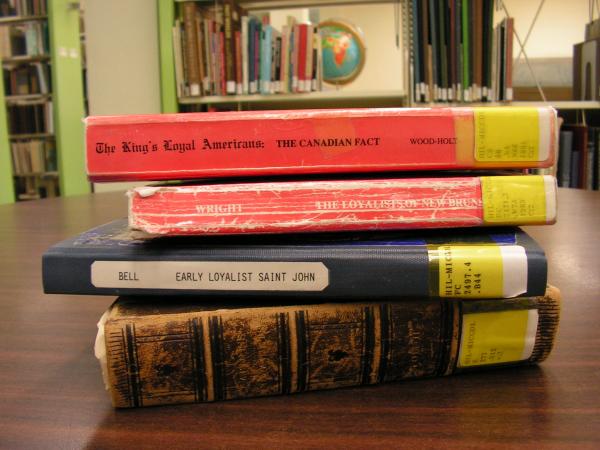 Additionally, we checked significant works on New Brunswickers and New Brunswick in general which were instrumental in reconstructing biographies of loyalists, such as Pioneer Profiles of New Brunswick Settlers by Charlotte Gourlay Robinson; The New Brunswick Militia: 1787-1867 by David R. Facey-Crowther; and An Outline of the History of Central New Brunswick to the Time of Confederation by L.M.B. Maxwell. 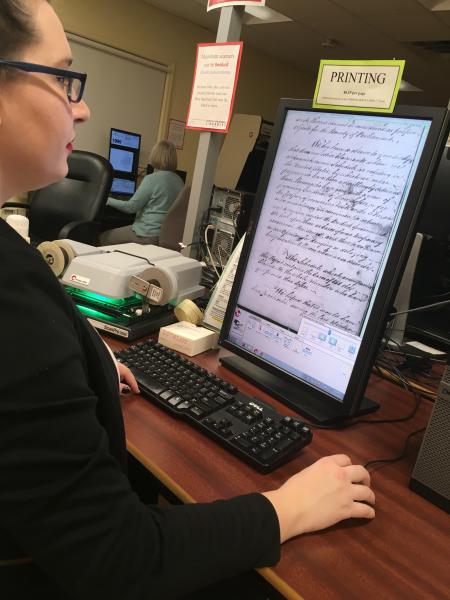 After an orientation and choice of direction through secondary and online resources, researchers moved on to primary sources, particularly those found in The Loyalist Collection, in the quest to fill out the lives of their subjects. Loyalist claims were an excellent starting point; these memorials were made after the war requesting compensation for losses sustained by individuals because of their loyalty to the British Crown. Several books are available which summarise and index the claims which are part of Great Britain’s Audit Office 12 and Audit Office 13 records and made short work of locating the subjects: American Loyalist Claims by Peter Wilson Coldham and Sally Lou Mick Haigh; American Migrations, 1765-1799 by Peter Wilson Coldham; and United Empire Loyalists: Enquiry Into the Losses and Services in Consequence of their Loyalty by Alexander Fraser.

Many loyalists were involved with the military during the war and after resettlement in the local militia. If particular regiments could be located in The Loyalist Collection records, those documents were searched for muster rolls, discharge papers, and other useful papers. Alternately, names were searched in the in the Index to British Military and Naval Records; Ward Chipman Muster Rolls or Carleton’s Loyalist Index. The On-Line Institute for Advanced Loyalist Studies was also a valuable resource for military individuals. 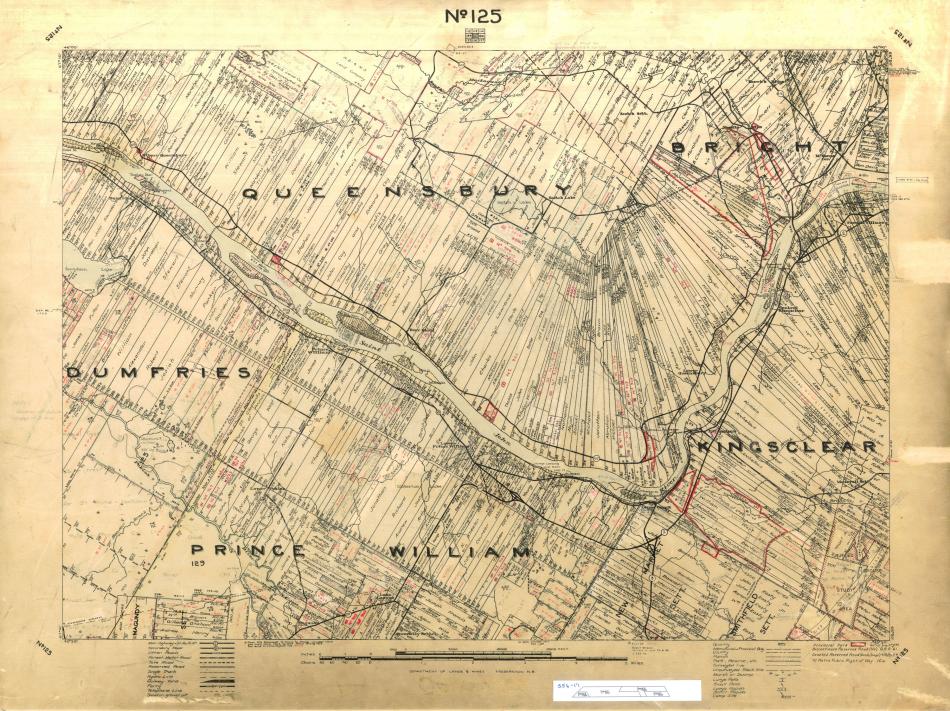 Cadastral map of a portion York County including the original parishes of Queensbury, Prince William, and Kingsclear.

(Image courtesy of the Provincial Archives of New Brunswick)

The project grew into a valuable exercise to connect students with people of the past who became familiar friends to the researchers, with the loyalists’ vivid personalities and exceptional experiences emerging from some basic and readily accessible documents.

Please look out for Unwritten History’s upcoming post on Tuesday, March 21st which will feature an annotated bibliography of online sources for loyalists.

Leah Grandy holds a PhD in History and works as a Microforms Assistant at the Harriet Irving Library. Christine Jack, Manager of Microforms, was instrumental in creating the research process and generating a list of sources for this project.

Was there any Sinclair used for this project? And if so, what information was uptained on them?

Thank you for your comment.  We have completed ten biographies of loyalist in York County to date, but no Sinclairs unfortunately.  There is potentially information within The Loyalist Collection on the Sinclairs, which is open for use by any researchers.

was there any Hendershots who were loyalist

Hello, we would suggest you start by looking at the Loyalist Directory on the United Empire Loyalists Association of Canada's website:  http://www.uelac.org/Loyalist-Info/Loyalist-Info.php.  The next step would be to narrow down where your ancestor was from, and if they migrated after the American Revolution. Hope that helps!