Explore our exciting, new, interactive story map,"New Brunswick Loyalist Journeys"! Note: Please update any bookmark links to our project to get the latest version. (Always available in the right side menu.) 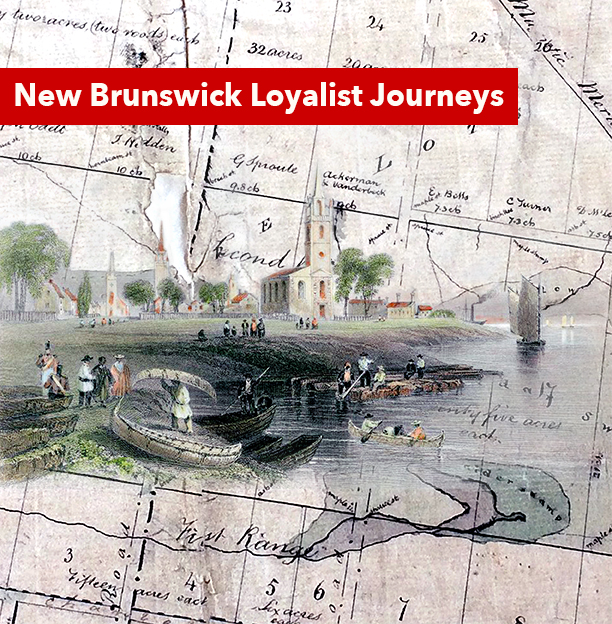 Dr. John Jeffries Papers: A transcription and summary of each of the entries in his diary for the years 1778 and 1779 is available via the catalogue record.

Genealogy:  A selection of genealogical resources at the Harriet Irving Library, see our Research Help page.

Paleography: A "tip sheet" for interpreting historical handwriting and example of Revolutionary era letters are now offered on our Research Help page.

Black History: The Black History Subject Guide now available.  This guide seeks to provide a sample of the wide variety of materials in The Loyalist Collection relating to the study of people of African descent in the British Atlantic World, with an overview of what the materials contain and how to search them.

Read about our collaboration with the University of New Brunswick's Department of History on the teaching blog of the Canadian Historical Association: Using The Loyalist Collection in the Classroom:  Integrating Professional Skill Development in History Courses.

History 4326: Revolutionary & Loyalist Era Medicine with Prof. Wendy Churchill
Explore the social, cultural, and geo-political dimensions of medicine throughout the British Atlantic World between the 1760s and the 1830s—a time of imperial expansion, revolutionary fervor, and intense warfare. Investigate the experiences of patients and practitioners across multiple locations, including the British Isles, North America, the Caribbean, and Africa. Conduct research in The Loyalist Collection at the Harriet Irving Library, gain experience reading original handwritten sources, and learn how to write a blog assignment on a document! 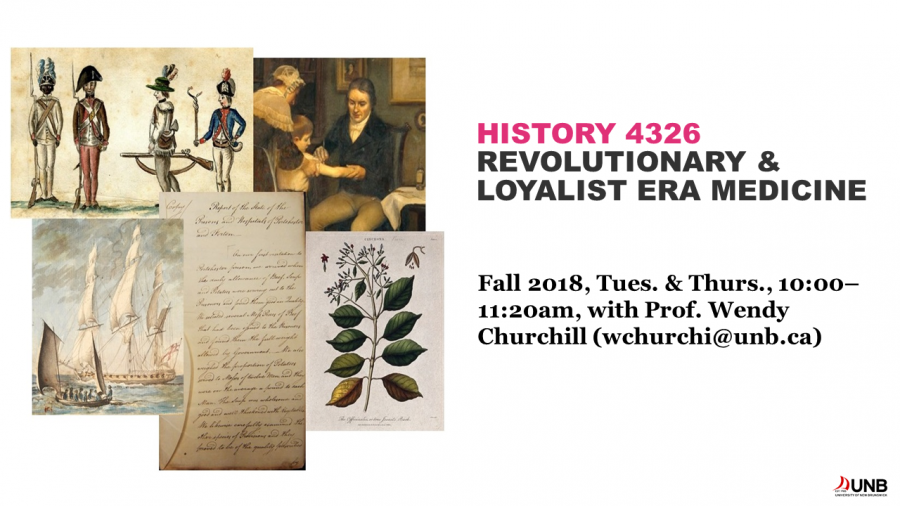 Journals and Minutes of the Pennsylvania Assembly, 1776-1790